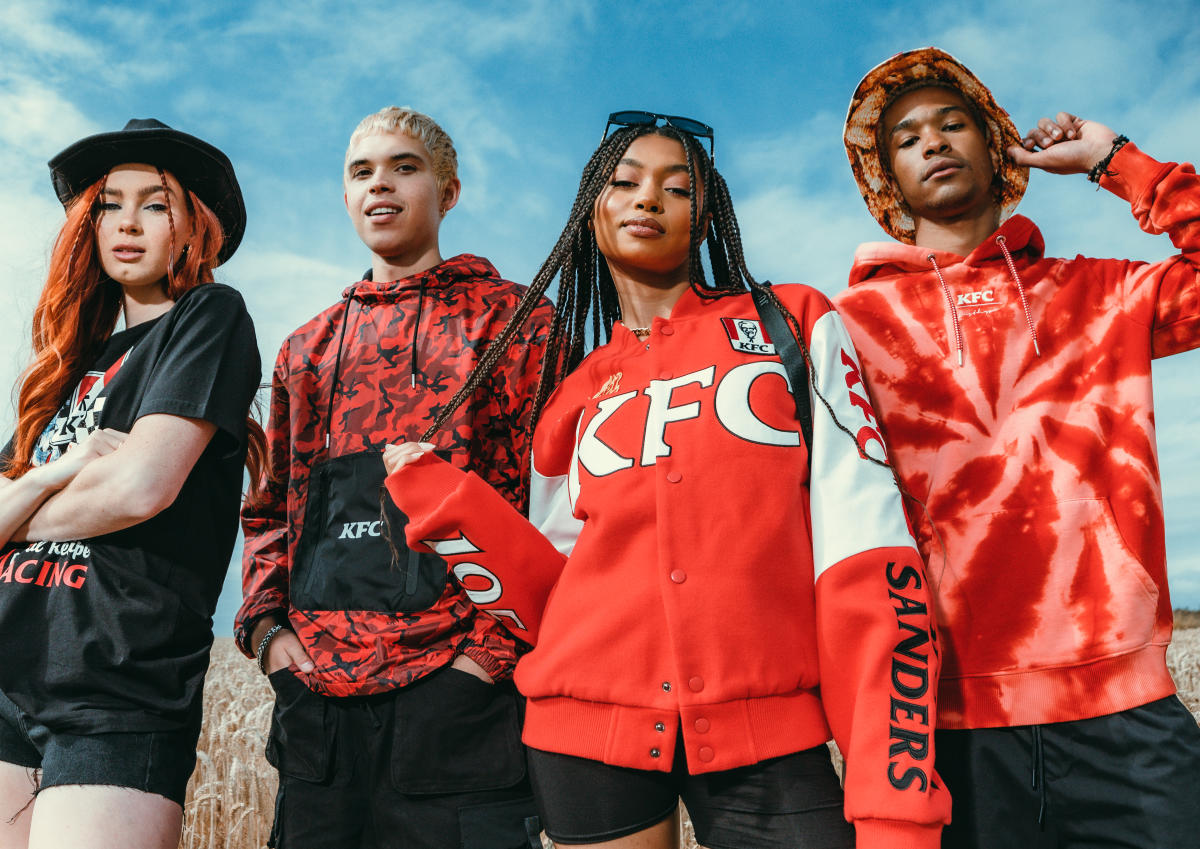 KFC may be known for its fried chicken, but it’s on the verge of breaking into the fashion world by teaming up with HYPE to launch a 47-piece clothing line.

The fast food chain has collaborated with lifestyle brand HYPE to create a collection of clothing and accessories including hoodies, down jackets and bucket hats (no pun intended).

Covering your everyday staples, the exclusive range includes bralettes, joggers, t-shirts, hats and backpacks, which the brands claim will make you “look and feel festival-ready”.

Inspired by the history of KFC, including its menus and slogans, the collection features HYPE’s original dad cap shape with the “Bargain Bucket” printed on the front.

Continue reading: KFC lovers can now buy a t-shirt that smells like the fast food chain

There are also statement loungewear sets made from soft fabrics with It’s Finger Lickin’ Good written across the top.

For those who want to go a little more subtle, the range offers accessories including a KFC bucket bag and a KFC drink bag, carefully designed to hold a bucket of chicken and a KFC drink respectively.

The prominence of both brands means this is a match made in food and fashion heaven and the collaboration is sure to resonate with Insta influencers.

The collection will be launched from 4 August 2022 exclusively at Hype’s London store in Carnaby, via justHYPE.com and at select retailers worldwide.

Continue reading: The Duchess of Cambridge can’t get enough of her white canvas Superga sneakers

KFC isn’t the only fast-food chain craving a bite of the fashion burger.

It was announced last week that Greggs has once again teamed up with fellow high street giants Primark to launch a second fashion collaboration.

Months after causing a stampede in stores across the UK, the company has announced its latest collection of 21 items designed to help fans get ‘festival ready’ in style.

Continue reading: The lionesses are sending the search for sports bras up – and Chloe Kelly’s is at the top of the list

It will launch in Primark stores on August 5, but there will also be previews in select cities.

McDonalds has also dipped its nuggets into the fashion world, previously launching a loungewear collection that featured a number of all-around favorites.

The “breakkiewear” included a button-down dress, pajama bottoms, and a t-shirt with bacon and egg McMuffins, hash browns, and other breakfast favorites.